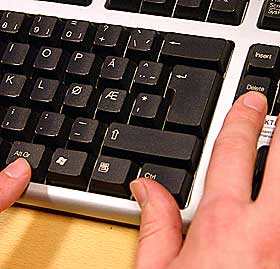 I had finished reading the book “Questions of Travel’.  The author, Michelle De Kretzer,  wrote two stories with two points of view. One was about a man who suffered the loss of his wife and son under horrific circumstances during the war in Sri Lanka and the other was the story of a wanderlust young woman.

Perhaps I could do the same thing but instead tell one story from two points of views. What I had was an important history in my fathers letters.Could I write a book about what happened on the island?

The Australian media focussed on the murders of the husband and barely mentioned his wife. I know it was indicative of the times but this got under my skin. I wanted her to have a voice. Why had they died? What had happened?

One night I lay in bed and thought about what she must have endured . I couldn’t sleep so  I got up and wrote my first chapter.

I hadn’t written anything creative since high school. I had worked in the financial services industry for more than 30 years. What did I know about writing? I hadn’t written anything . . .  or had I. I began thinking about my working life. I had written policy, procedure, letters, emails, newsletters, speeches,templates. Perhaps I was equipped to write but didn’t have the confidence. What I did have though, was my growing obsession which drove me to just give it a go. What did I have to lose? I read that first chapter to my family and with their encouragement began to build confidence.

I went away for a weekend with some close friends and read  the first chapter. I got some positive feedback – wow. A small part of me wondered if they were humouring me . . .  or if they were just shocked to find out I wanted to write a book . . .  or maybe just surprised I could string two words together.

It was enough to spur me on to write five chapters. I picked out the events that my father wrote about then visualised the scenes with the help of the photos I had.The story was built  around the events and I  filled in the missing blanks. How did I do this? Research and imagination.

How did I know if I could write? Well, I still don’t but if it makes sense and the reader gets something out of it then I’m half way there. Aren’t I?

5 thoughts on “How do you know if you can write?”

‘This one is an important book to read, enlightening us all about the history of the black woman’s experience in Britain. I simply loved it.’ Have you read it yet? #girlwomanother #bookstagram #books #booklover #bookreview #newreleasebooks #bookerprize #read #readersofinstagram
I do love a purple rose, so much so, that it has a small role in my latest wip, #amwriting