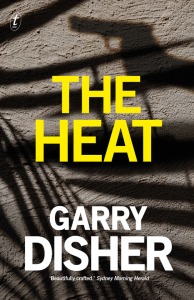 Wyatt is a smart thief with scruples who’s been around long enough to be cautious and wily. Turning down a job in Melbourne with the haphazard Pepper brothers, he instead, accepts a job in Noosa to steal a painting. He’s meticulous in his planning, holding off the charms of the local real estate agent who freelances as a crook herself. But the plan dramatically unravels as Wyatt, using his wits fights to survive.

I don’t often read crime novels and this one was told from the criminal’s point of view. This is the first book I’ve read by Australian Garry Disher. I’d not heard of him until this book was recommended to me by a friend. Although, this is the eighth in a series, it appeared not to matter that I’d not read any of the earlier novels.

The start was slow as the story and characters were set up. Then the action started and I could barely put the book down. I enjoyed the description of places I know well.  I didn’t  really warm to any of the characters – well, they are crooks after all. The fast pace of violence and suspense hooked me as I tried to figure out the double cross. Oddly, I found myself on Wyatt’s side hoping he’d get away with the crime and survive.

Overall, I enjoyed the writing style. The Heat is an enjoyable holiday read, perfect to take you away from your everyday.  I think I may now be hooked on crime novels especially by Garry Disher.