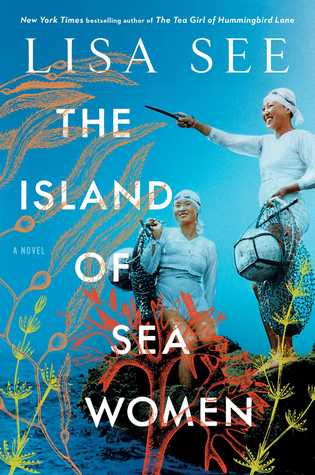 The Island of Sea Women is a fascinating novel of sorrow and grief but more importantly it’s also a novel of friendship, spirituality and the strength of women in an unusual matriarchal society.

Set on the  Korean Island of Jeju, the friendship of two women Young-sook and Mi-ja stretches across time from the occupation by the Japanese until 2008. From different backgrounds, they join the Haenyeo, a collective of women, who traditionally for centuries dive and harvest sea creatures to not only feed themselves, but for sale. The men traditionally stay home and look after the children while the women come together and dive. The island is known for their Haenyeo traditions where women dive even in freezing conditions and worship a female god to protect them when they go out. At the age of fifty-five they retire and nuture baby dives in their teen years.

I thought the book started slowly as we learnt about how the friendship began and all about the matriarchy of the collective and the diving. I have to be honest, while I didn’t warm to the characters at first, I persisted and I’m so glad I did. The next two thirds was a dynamite of action, tragedy and heartbreak. The story flipped into and out of 2008 but not too often.

It’s a fascinating history and the author has done a mountain of work on her research, not just about the Haenyeo, the ancient practice of worshipping female Gods but of Korea’s past and lead up to the War. I’d never heard of this particular Island and when I finished the novel, I found myself reading more about it.